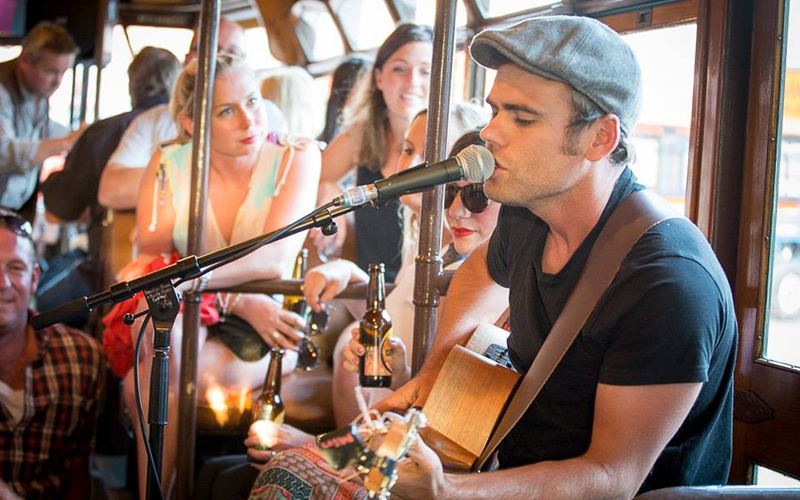 Luke Watt is a blues and folk singer hailing from Warrnambool. He began playing guitar as a teenager in blues bands and has been described as ‘the real deal…raw and mercurial” by ABC Radio’s Tim Ritchie and “a master of his craft” by Lloyd Spiegel. He draws on elements of folk and blues to convey stories both dark and uplifting and his song writing is personal and emotive, and often draws on uniquely Australian stories conveyed with an emphasis on melody. Combine this with a dynamic and percussive guitar style and the result is a force of presence envied by many. (Castlemaine)