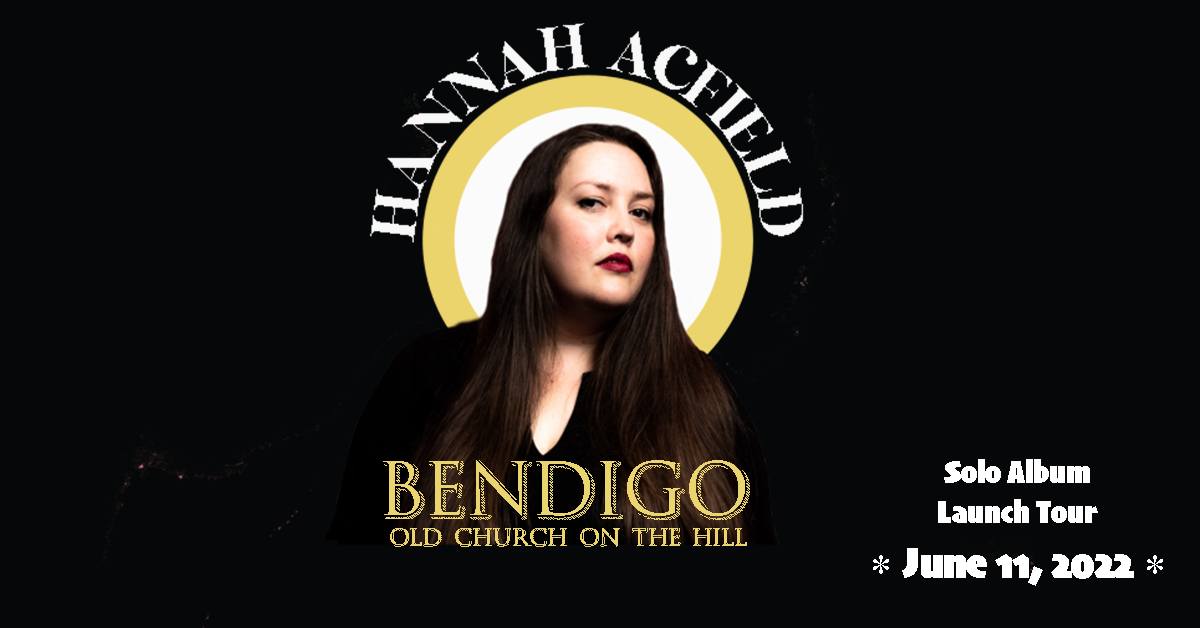 The late 2021 release of Hannah Acfields debut solo LP No Light Without Shade, was her blossoming. The album saw an artist who had moved beyond the folk sounds that had defined her early career, and into the warmth and passion of soul music, a genre that drew out the best of her stunning vocals and allowed her to also explore new styles of song-writing.

The response from media and fans alike was strong, with The Australian declaring the album a “triumph of talent” and of her vocals said “… an instrument of breathtaking dexterity that soars and swoops in equal measure” while I Heart Songwriting Club called the album a “masterpiece.” The Courier Mail compared her to Linda Ronstadt, describing her voice as “extraordinary,” while City Hub declared that “Acfield owns soul”.

2022, and with live music restrictions hopefully now a thing of the past, Hannah Acfield is delighted to finally be able to perform the songs from No Light Without Shade live at the Old Church on the Hill as part of her solo album launch tour!