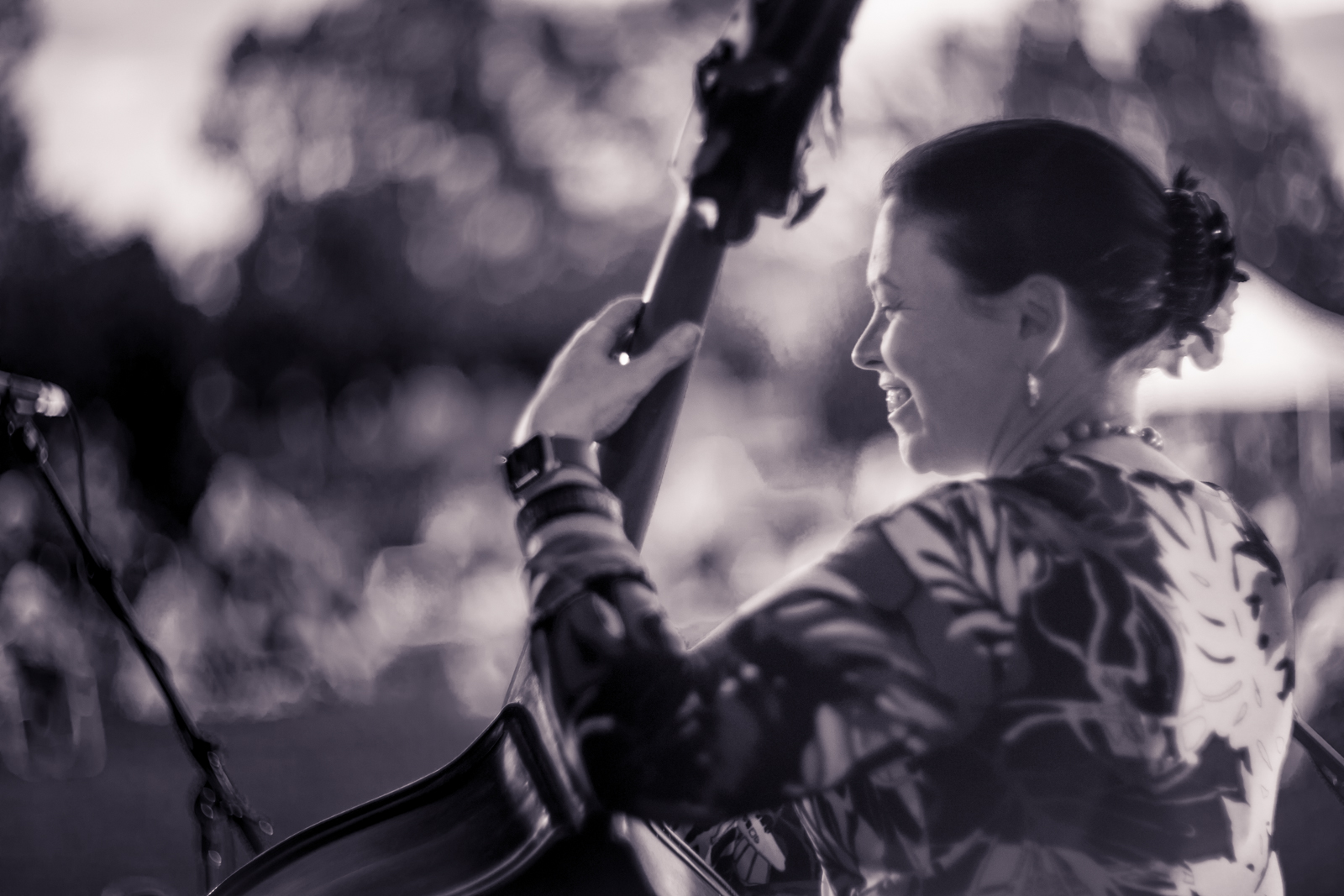 Enjoy some cello magic from the ultra-talented Bassist and singer/songwriter Liz Frencham, live at Nimbus Rooftop Bar from 6pm till 8pm.

You’ve seen her alongside Fred Smith, Michael Waugh, Scott Cook (CAN), Gregory Page (US), Chris While & Julie Matthews (UK), John Flanagan, Mic Conway, Nick Charles and so many more. But before that Liz Frencham and her double bass were delighting festival stages across the planet with her own material as a part of power trio Jigzag (winners of the 2006 Folk Alliance Award for Best Live Act). After many years of lending her solid groove, sparkly grin and immaculate musicality to a host of incredible songwriters over the years, Liz Frencham has at long last taken some time out for her own songs and stories.
In late 2019 Liz enlisted the help of multi-instrumentalists Pete Fidler and Josh Bennett and undertook to write, produce and engineer a fully original album ‘Love and Other Crimes’ which was ready to launch by 2020. Even though launch plans were scuttled by the COVID19 pandemic the album still scooped up multiple glowing reviews and a nomination in the Victorian Music Awards Best Folk Album category.