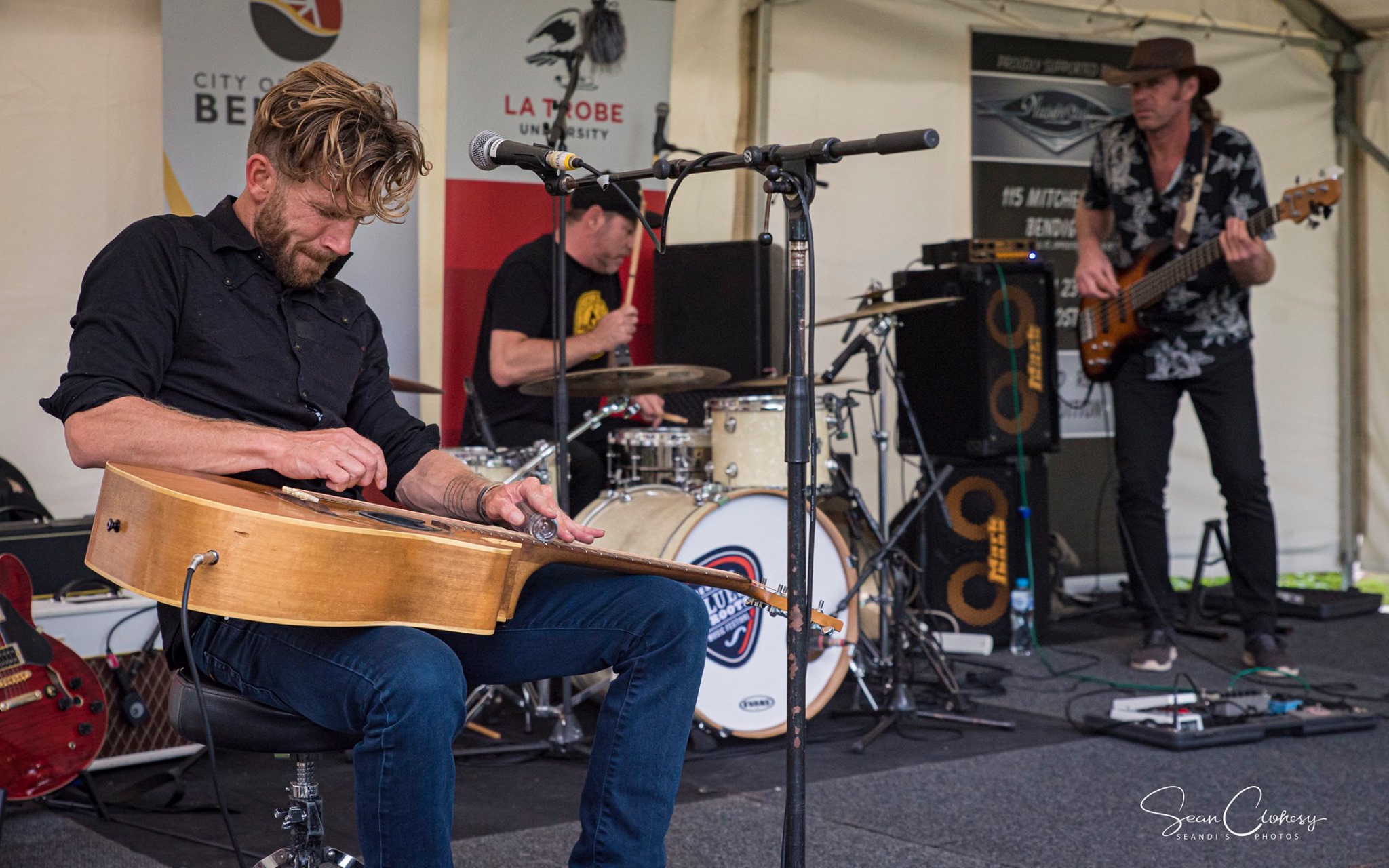 Bendigo Blues & Roots Music Festival goers will recall Owen Campbell always brings the thunder and leaves audiences wanting more. Here’s Bendigo’s chance to get some more – with thanks to Onya Soapbox and The Metropolitan Hotel:

After 3 best-selling studio albums, 2 EP’s and over 12 years of national and international touring, Owen Campbell has cemented himself as one of Australia’s premier alternative blues/rock exports. He has performed in many corners of the world from the USA, Ireland, Germany, Austria, Switzerland, France, Spain, Holland, Japan, Hong Kong, India and even performed at the highest blues festival in the world, The Himalayan Blues Festival in Kathmandu, Nepal.

Every album upon release has hit the Top 10 on iTunes Blues Charts in over 10 countries. One of which “Sunshine Road” reached Number 1 on the overall charts (Australia), knocking Adele of the top spot in 2014.

“My parents were a big influence,” says Owen. “They introduced me to such an awesome collection of music from such a young age. Bob Dylan, Van Morrison, The Band, The Rolling Stones. I always loved the variety and diversity to their sounds. My sound has bits of country, soul, roots, and rock. I love the variations.”

Late 2019/2020 has seen the release of Owen’s 5th studio album “Rolling Thunder of Love” which debuted at number 2 on the independent music charts.

“I thought it was time to do something different so I enlisted a group of talented friends and musical pilgrims and we congregated at a farm style studio in the hills outside of Cootamundra, NSW. We laid down the soul of the album over a few melting summer days and I quickly realised this was going to be something special. After so many years and albums I finally feel like I’ve found my musical homeland in this album. Easily one of the most rewarding rock n roll experiences I’ve ever had the pleasure to take part in.”

The Bendigo leg of this tour will include two full band sets from Owen Campbell & The Cosmic People from 7:15pm-9:15pm.
Supporting Owen and the band for this monumentous gig will be Bendigo’s own Blues maestro and singer/songwriter extraodinaire Bill Barber, kicking off from 6pm.

Tickets via the eventbrite link provided…