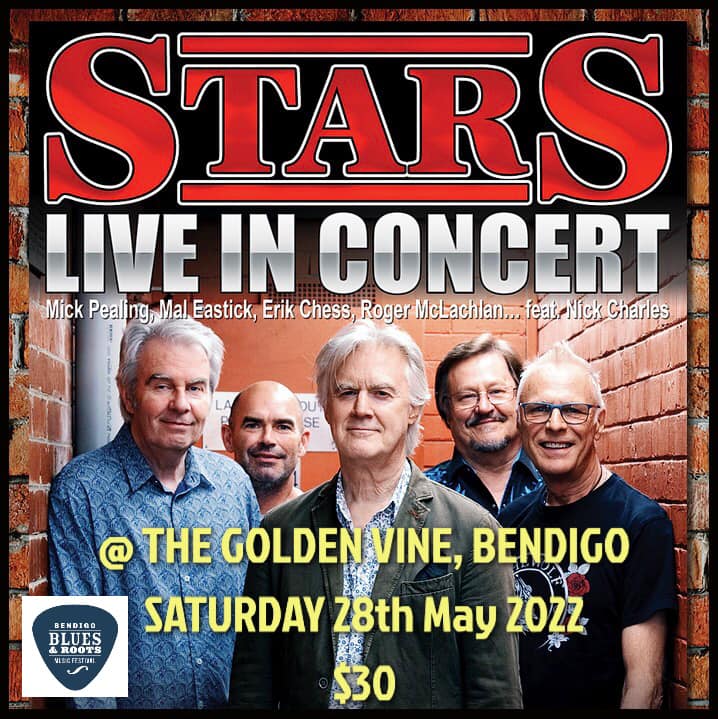 Get your tickets here: https://events.humanitix.com/stars-live-in-concert

The early music of Stars was written by Andy Durant and Mal Eastick, it’s rock/country with a hard edge and a touch of soul.

A new Album “Boundary Rider” is released in 2018 mainly written by Mick & Nick with 3 early Stars songs recorded in the studio for the first time.

Audiences can expect the music from Stars’ 3 studio albums “Paradise”, “Land Of Fortune” 2018’s “Boundary Rider”, “The Andrew Durant Memorial Concert” and “One More Circle Round The Sun”