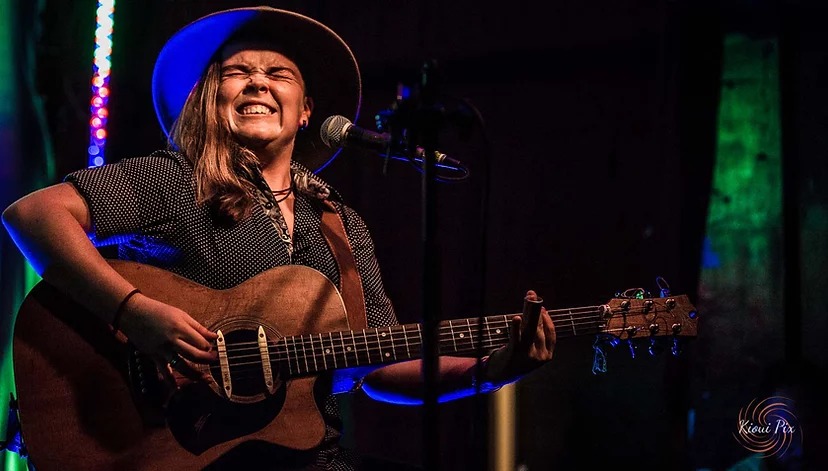 This ticket includes a two course lunch from the Ms Batterhams kitchen, 3 fantastic acts with access to a full bar where drinks can be purchased at bar prices.

Doors open from 11.30am with the first act swinging to life at 12pm sharp!

Please note that guests will be seated banquet style for this event with a set menu and unfortunately dietary adjustments cannot be catered for on this particular occasion.

About our featured artists…

Archer:
Archer has been everywhere and played everywhere. From the gutter outside your house to the world famous Montreal Jazz festival. From your grandmother’s nursing home to your daughter’s kindergarten. He starts somewhere in the 1920s and ends up singing to a robot dog in a lagoon on Mars. He is known variously as: The Claypan Crooner, Australia’s Woodie Guthrie and the one and only singin’ talkin’ leakin’ slowboat to China. Archer’s music is described as Swagman Crooner Bush Blues.

Minnie Marks:
Minnie Marks is not just some blazingly electrified guitar playing freak of nature. She is also a rare and triple threat: Singer, songwriter and multi-instrumentalist. Relentlessly gigging across the globe, equipped with an old Goldtop in her hands and a revolutionary Farmer Foot Drum at her feet; Marks consistently pushes musical limits with her mind-blowing, dynamic guitar wizardry and her insanely powerful voice, that roars out her truth through song as if her own life depended on it. And, if that’s not enough, simultaneously, creates jaw-dropping grooves with spare limbs on her Foot Drum kit. Finally all three beasts are married together to forge a mammoth sized wall of sound.
Over the past twelve years, Marks has paved her musical journey around the world with three studio albums and one live album recorded in Stuttgart, Germany. The award-winning troubadour shows no sign of slowing down. Now in 2021, for the very first time producing her new album will be out for release in early 2022.
You’ve been warned. This absolute powerhouse is ready for any battlefield, be it a festival audience or a bar room packed like a can of sardines. Her monstrous show DOES NOT disappoint.

George Kamikawa:
George hails from Japan but has now made Melbourne, Australia home. A blues-based musician with a folk and country influence. His playing is typified by its raw energy and broad tonal range – from delicate harmonics to searing rips and slides on guitar, soulful singing, multiple drum pedals by foot and driving rhythms on harmonica, he is a one man band. Known as the Japanese Blues Cowboy he plays at various venues and festivals throughout Australia and overseas.