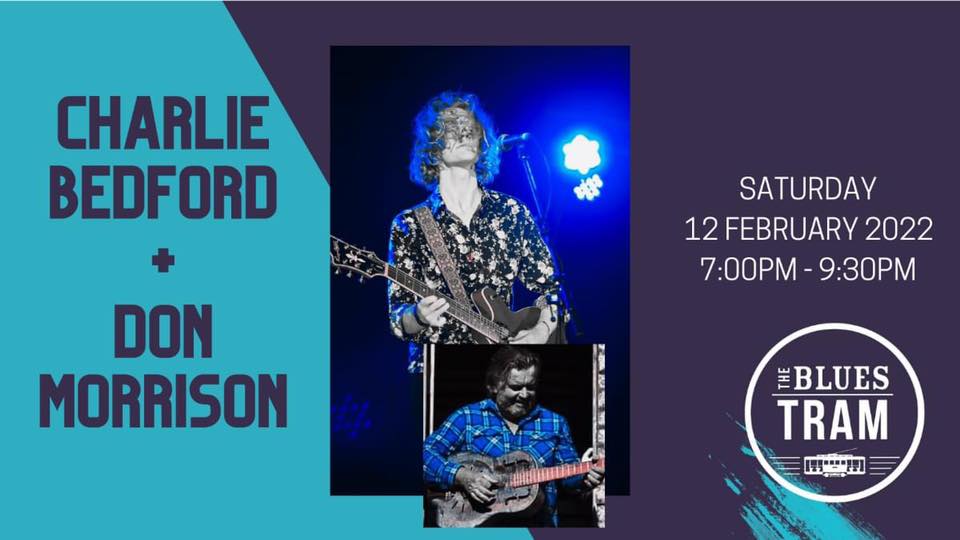 Enjoy the sights of Bendigo’s architecturally stunning CBD from on board the sensationally restored vintage tram #610, while being serenaded by two great artists.

Don Morrison:
Don Morrison is a songwriter, singer, guitarist, guitar maker, story teller and author. He has shared the stage with many of the biggest names in Australian music, like Midnight Oil, Hunters and Collectors, Joe Camilleri, Men At Work and a hundred more in more than thirty years in music game.
He has worked with Bo Diddly, Joe Cocker, Rodriguez. He was brave enough to stand next to Shakin’ Stephens in a urinal and was nearly killed by Willie Nelson in Austin, Texas.
He’s done gigs from Melbourne to Margaret River, from Sydney to San Antonio, Perth to Penrith and released fifteen albums and CDs of original songs.
Don also makes the world renowned Donmo Resonator guitars, mandolins and ukuleles. There’s now more that 500 of these hand made instruments being played all over the world and the guitars he uses on stage are unique and made from parts of his family history.
Don has a powerful and engaging stage presence and a captivating narrative in his songs. His songs tell our story with humour, irony and compassion.

Charlie Bedford:
Charlie Bedford is a guitarist/vocalist from Melbourne, now based in Ballarat.
He performed in the USA in 2017, ’18 & ’19 at the International Blues Challenge’s Youth Showcase. Returning to Memphis in 2020 for the IBC & performed again in Nashville & Muscle Shoals.
In Australia, Charlie has been mentored by some of our finest including; Geoff Achison, Jimi Hocking, Russell Morris & Lloyd Spiegel.
In the USA he’s performed alongside band members from such great acts as BB King, Albert Collins, Ray Charles, Bonnie Raitt, & Wilson Pickett.
Charlie’s latest album ‘Good To Go’ released worldwide in May 2020 through USA-based Blue Heart Records, hit #1 on Australia’s RMR Charts, #2 on USA RMR Blues Rock Charts & #14 on the UKs IBBA Charts.
Charlie began playing in bars & clubs at 12 years of age & is now a full-time musician.
Endorsed by Sweden-based Hagstrom Guitars Charlie represents the next generation.