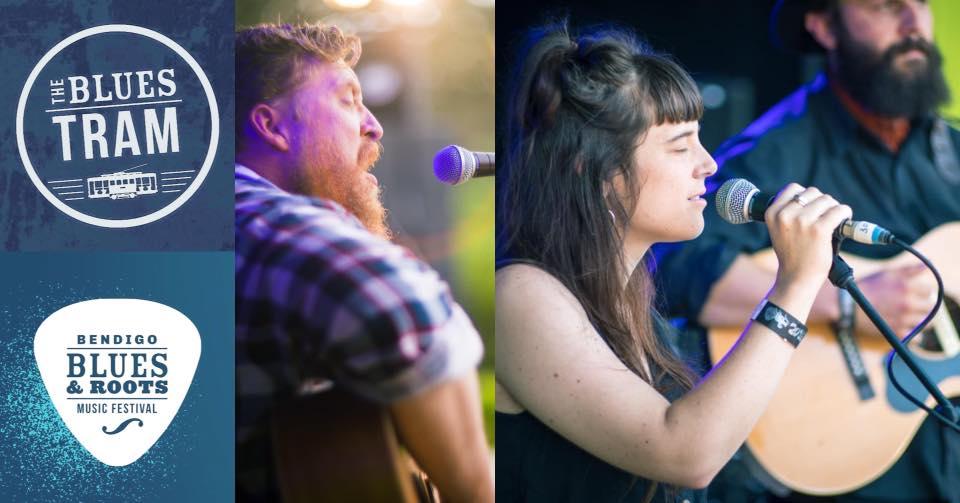 The Rattlers pair together sensitive harmonies with gypsy-style folk, telling stories of being on the road and tales of rural Australia, past and present. The Rattlers EP, released 2018, reveals a journey through past heartache and a longing for far off places. The band’s recent demo release “Fire In The City” is an epic tale of post-colonial terror, with haunting vocal wails and densely layered acoustic sounds. The track will feature on their second EP, due to release later this year entitled ‘River’. The Rattlers have been on the road for the past while playing shows at Some Velvet Morning, The Bridge Hotel, Shedshaker Brewery (Castlemaine), The Palais (Hepburn), Queenscliff Music Festival 2018, Maldon Folk Fest 2019, Red Hill Hotel (Chewton), Hustler (Bendigo), Bendigo Blues & Roots Music Festival 2019, Live & Local 2021 (Bendigo) and a bunch of others.

Jay Howie:
For many of us, music is much more than just a form of expression. This sentiment rings true for Australian musician Jay Howie. For him, music offers an unadulterated emotional release; a profound outpouring of one’s soul that fills the proverbial cup of each of Jay’s Blues compositions. Influenced by an amalgamation of old delta Blues players, as well as the Chicago Blues scene and British Blues of the late ’60s and ’70s, Jay’s approach to the genre is marked by his ability to thread together the emotional fibres of his past, present and future. His undeniable ability with the guitar is matched only by his raw vocal palette, with his lyrics echoing insightful and heartfelt storytelling abilities. He is currently sitting on a discography containing a full-length album (Tales of Woe and Coincidence), an EP (Dirty Habits), and a single (Leaving Me). His solo material has taken him across Australia, sharing the stage with the likes of Ash Grunwald, Lloyd Spiegel and Dutch Tilders. Today, Jay continues to position himself as a Blues artist to watch in 2022 and beyond.